Review of Gamemastering by Brian Jamison

on May 25, 2019
Lately, I am reading Gamemastering by Brian Jamison and lets to have all the practicalities out of the way:
Disclaimer: I am on page 184, so about half way through the page count, but I am more then ¾ done with the actual advice the book presents.

I was recommended this book by a friend of mine after I butchered a session playing Tomb of the Serpent King, by Skerples. I was on the edge because I had not GM’ed in person since before my breakdown, and I was rustier than a Lada VAZ-2101 in the rain. So my friend and I talked, and he told me this book on game mastering was the thing to read, it had helped him at least. It taught him to be a better game master and player, and because I felt disappointed in my performance, I gladly accepted it.

This book claims it is for Game Masters (GM), new and old, with tools, rules, and methods to enhance everybody’s enjoyment at the table. It is presented in three parts:

There is a big emphasis on the first session. How to make sure everybody is in the fiction / fantasy / setting / mood you want to run as a GM. Due to this emphasis on the first session, the first 100 or so pages are dedicated to getting a foundation for the new campaign. Brian presents the importance of having the right players for the type of game you want to play. He gives some sound and also some dodgy advice about how to find people for the game (more on that later).

He presents an argument for making pitches and having some idea, and expectations, of your new campaign. Like a basic understanding of how the world works, which central conflicts are relevant for the start of the game, and having the right characters created for the game. So far quite standard.

To do the latter he argues that characters should be co-created by the players and GM. The tool he presents is a long interview where you get to be the journalist asking the player hard questions. Additional tools are your standard backstory, where you have to specify a few additional questions. Because it helps avoid characters which feel out of place and are not fiction breaking. He also presents it as a control tool for the GM as helping them make sure the player characters are not a grimdark characters like Christopher Nolan’s Batman in disguise.

The rest of the first part of the book goes into some detail about how to codify the background allies and foes. Making nemeses, and patrons, etc.

One thing I enjoyed reading was the section about prepping the sessions. It was about 50-60 pages long. Here he provides a framework of how you conceptualise a session, the exact thing I have struggled with in the past. Brian's framework defines a session as a series of obstacles and provides some guidelines on how to design them. Again some of these are sound, and others are rather dodgy.

The basic idea for an obstacle is that it contains:
Another tool he provides is the Emergency Backup Adventure (EBA). An obstacle that you can throw into the game when the party does something unexpected. Giving you a bit of time to think and figure out the rest of the session.

This is where I have reached, but for the purpose of this post I skimmed the rest of the book. It seems to be a collection of game ideas and how to use these in your game.

Here Brian also puts down some common rules for appropriate behavior at a table and why you should use, or refrain from, specific aids. Such as GM screens, computers and the like.

He also presents “the Four F’s”, which he defines as Fun, Flexibility, Fairness, and Fudging. He explains them while providing example scenarios. He also provides examples of what not to do. I have just gotten to this point, so I will not say too much now.

For now that is all. This is how far I have come in the book.

Would I recommend another person to read this book?

Yes, but not the whole book.

The book suffers from a lot of formatting issues, even if Brian disclaims that there is a ‘certain logic’ to the book. If there is, it is hard to figure out. I often felt agitated over a lack of a red thread as sections bled into each other.

Another big issue I have with the book are the headers and clumsy placement of examples. A clear example of this is his own examples on obstacles. The example is first presented after the chapter on campaigns, about 50 pages after!


Would I recommend buying it?

No, at least not the first edition. I saw that Brain has put up a blog post on the website saying he is making a second edition of the book, so it might be worth waiting and see how the second edition comes out.

Ithink the price tag is rather high for a GM book which had no editor over it (there are at least none credited).


What is the dodgy advice?

I am not going to mention every one. But I will mention two noteworthy ones, because it is clear that the book is opinionated and it shines through. To Brian's credit he does disclaim his dislikes toward D&D style games, but this does not excuse him for the bad advice.

One prime example of his questionable advice is not to invite wargamers. According to him, they only think about winning and he believes it to be incompatible with roleplaying. He does say that not all wargamers that are like that, but still he recommends to not invite wargamers.

Another example is his opinion about dungeon crawls. Where he compares them to 70’s special effects as an argument not to run them.

Now that I have addressed the above problems I had with it. I can say I enjoyed the tools the author provides. Such as the advice to co-create the characters if your group plans to play a long campaign can help immensely to improve your GMing experience and the players enjoyment. It does require a bit of bookkeeping with the different cards, and notebooks he suggests to use.

Another thing I enjoyed, and mentioned earlier, was the framework he provided. Thinking of the session as a series obstacles helps a ton, at least in my humble opinion. As it provides you a mental framework to consider, and a tool for your prepping.

Another great tool he provides is the Skeleton GC Sheet (GC simply means NPC). Which is a table of names, first impressions, and mannerisms. The first impressions have to be descriptions of the NPC the players get without interacting with the NPC. While mannerisms show up while interacting with the NPC. It is a great tool for keeping random NPC’s your player meet consistent.

They are not perfect but a good beginning to help you understand how to think of a session and prepping for it. They are also easy to tweak and make your own.

Again I would recommend reading some parts of it, but not the whole book.

I am planning to make it easier for you lovely Loffers by writing a series of posts, exploring the tools provided, with examples and personal thoughts. I will also give references to the book where you can read the original tools.

That is all for this review, I hope you will enjoy the future posts on GMing tools!
GM Review

First of all a disclaimer. I expect people to disagree with my opinions on the subjects presented in this segment, and we can have a chat about it in the comments. What follows is my opinions on design, fiction, and representing the fiction through mathematics - e.i. what we call mechanics. I would like to note that while writing this post I am extremely exhausted and emotionally overstimulated, therefore I apologise if I seem aggressive or typos occur. Agenda Design Fiction Mechanics Discussion & Conclusion Design In game/programming design, product design, and service design, you will hear people talk about Top-Down and Bottom-Up design. Now what is meant by these terms? Top-Down design concerns the development of a game, product, or service, through the concept and context first, and then develop mechanics that support those concepts/contexts. Here you find games like Degenesis and Mothership . Games that started with a setting or concept to explore and then dev 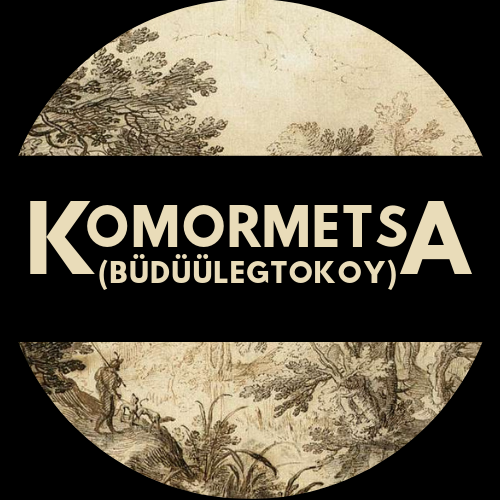 Welcome traveller of the road, come and sit in the heath of haven. By the waystones and bonfires of the towns and cities alike. Here you be safe, I promise, as long you follow the rule of law and the serene thoughts the priests of constancy provide. Come, I am obliged to help. Come close to fire, heat your shivering bones. Lay your axe to the side, the woods will not creep into your mind now. They are gone from this town. A haven it is. As you know, we let no revenants in, for who knows what torture they have endured? What vile thoughts they would bring to our safe little haven… Description Welcome to Magamaa. The lands of the Serene and their Bishops, whose ritualistic ululations calm the terrifying memories. Providing forgetfulness for those whose regret is consuming and melancholy that foretells a doomed death, with the aid of the Waystone magic. Stones of tranquil power able to keep the forest away, glowing with an unnatural light. Not all seek the calming words and powers